There are many stories going around about the side effects of gaming, but parents should not deprive their kids of these fun and engaging activities without getting their facts straight first. Here are a few common misconceptions about computer games.

Computer Games Are Just For Children

It is a common notion to suggest that kids are the primary target for video games, but studies show that more than 60 percent of the console and PC market is age 18 or older. Games are continuously being developed to cater to adult tastes. It is up to parents to decide which games are appropriate for their children as not all games are family-friendly.

Games Can Cause Children To Behave Violently

It is true that the gaming market-focused strongly on developing games for male consumers in the past, but the trend has slowly been changing over the last few years. Developers started designing more games for girls and women around the 1990s. Games like The Sims were a huge success among female gamers.

Computer Games Can Cause Mental Disorders

Some psychologists point to a correlation between mental disorders and playing video games, but what they fail to mention is that almost 90 percent of boys and 40 percent of girls play video games in the US alone.

The fact is that most kids who play video games do not develop mental disorders. Research conducted by the U.S. Surgeon General suggests that the quality of a kid’s home environment and parent-child relationships are among the strongest risk factors for the development of mental disorders and not media entertainment.

Critics say video games promote social isolation, but the latest trends and social studies strongly suggest the opposite. Video games are becoming more and more a social affair, a gathering of clans and groups across the world who share in the gaming experience together.

Most elderly people today didn’t grow up with video games, and it’s easy to believe the stories about the side effects of video games. However, children should be able to enjoy the games they love with parental guidance. 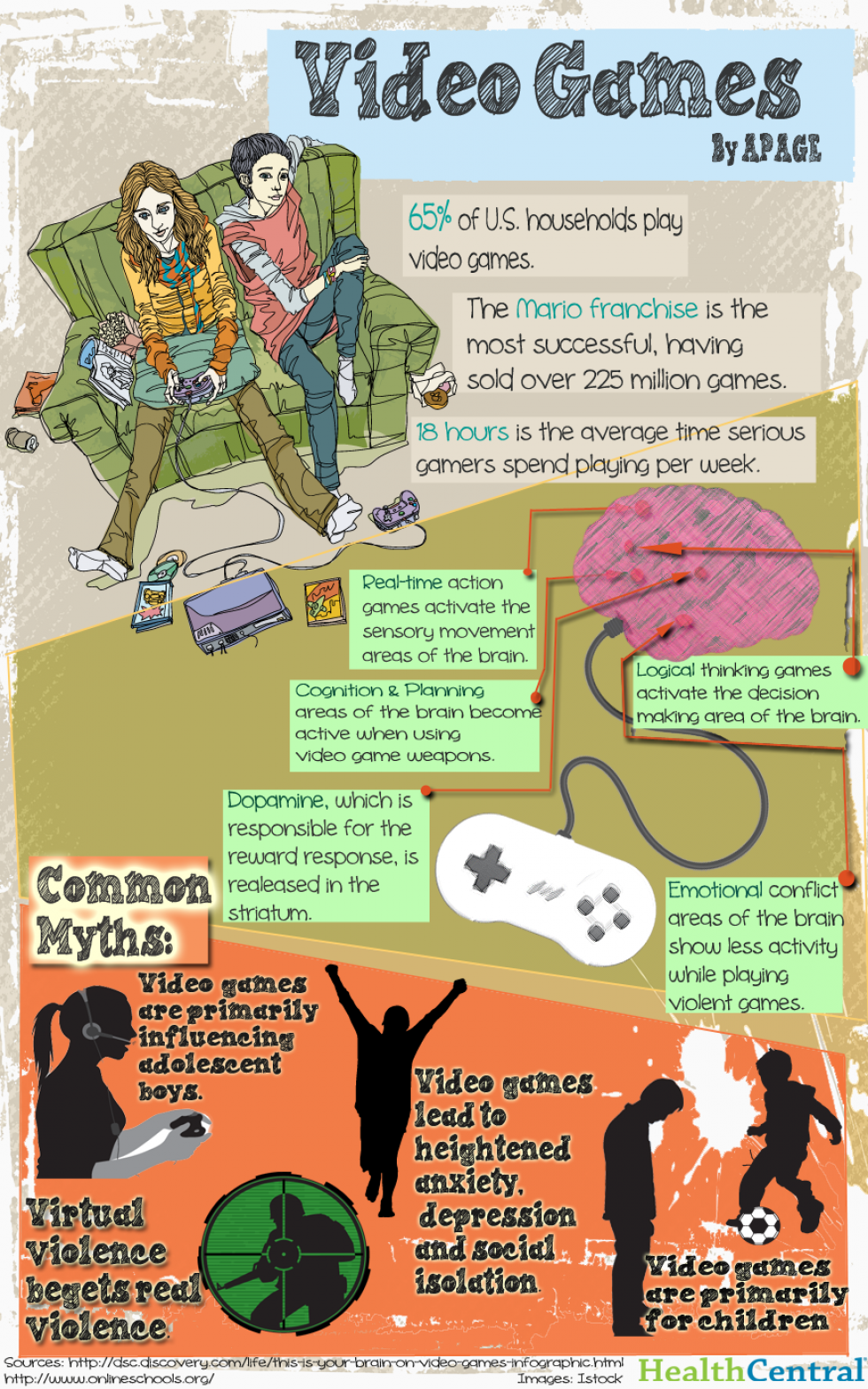 Numerous studies have shown that children from families who play music, sing, and dance together can lead the whole family Playing video games with your kids is the perfect solution for getting rid of pent-up energy before bedtime. These research-based It’s not always easy for parents to understand their child’s gaming behavior, but communicating with a child about the games

Organizing a little family game time now and then allows parents to spend some quality time with their kids. Follow